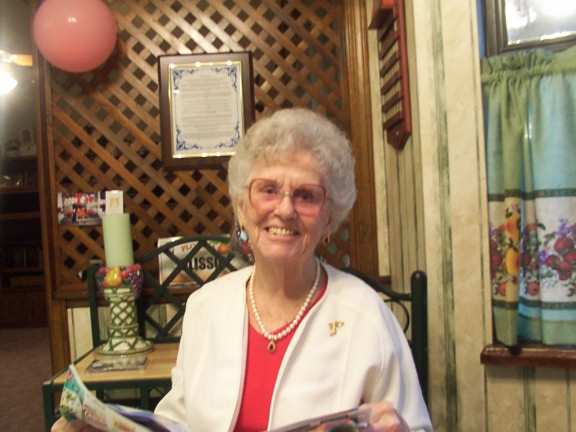 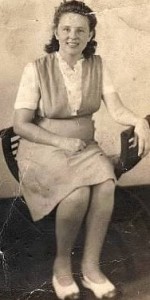 The most wonderful thing that can be said of a person after they have passed away, is that they lived a life that mattered and that they made a difference in the lives of others. My mother, Ruby Glisson, lived such a life and made such a difference in so many others lives. She did not find a cure for any disease, she didn’t write a best selling novel and she did not invent anything… she just mattered. She mattered to many people, both family and friends. She had an affinity for life and for children as was evidenced by her own nine children. She lost one child shortly after he was born but even in her sorrow, she continued her journey and her dedication to her family and to God. She was a Christian… a very proud Christian and was never afraid to profess her faith in God to anyone at any time. As she always said, I know where I came from, I know where I’ve been and I know where I’m going. She believed that she would be spending eternity in heaven. She was not afraid to die, but she loved living so much that she did not want to let go and she fought a very brave fight until she could no longer go on.

During the years, she told me two stories about having her own special guardian Angel. The first time the Angel appeared to her she was a child about 7 or 8. She said she woke up in the night and there was a glowing light at the foot of her bed and the Angel spoke to her and said “Don’t be afraid, you are a very special person and you will do good things.” Then the Angel disappeared. The next time the Angel appeared she was much older and she was having eye surgery. She said the Angel told her not to worry, everything would be okay. She said there was an aura of light around the doctor when he came in to talk to her and he told her she would be fine and she told him she already knew that. She felt the Angel was with her always. I truly believe the Angel was in Mama’s bedroom when she passed away and was there to take her to meet her Heavenly Father.

When Mama was a young girl, education was not stressed for women so she had never completed high school. She had always had a dream of getting her high school diploma and so at the age of 55 she returned to school and obtained it. She loved music and when she was 80 she started taking piano lessons and took the lessons for several years before her arthritis preventing her from continuing. She became pretty good at it too. Since I drove her to her lessons I started taking lessons too. She did much better than I did and I was so proud of her.

She also loved to sing and had a beautiful voice. She was always very happy natured and firm in her resolve. Besides raising her own eight children, she kept many other children who were disabled and they flourished under her care. She loved her children, their spouses, grandchildren and great grandchildren very much and baby sat and helped in raising many of her grandchildren. She took pride in every accomplishment of her children and grandchildren. They mattered to her and she mattered to them.  She had 11 siblings and she loved all of them very much (even though at times they agreed to disagree) and she was always there with a helping hand if needed. She also had many nieces and nephews who she loved dearly and who loved her back.

She had a wonderful sense of humor and even as she lay in the hospital she was often joking. After she came home from the hospital, my son, Jimmy, came to visit her and he walked into her room and said “Hey Grandma, how are you?” and she laughed and answered, “Well, you see where I am don’t you.” She could laugh at her misfortune and make you feel better just by being there.

On the last day of her life, most all of us were there and we knew that it was just a matter of time.  Hospice had been with us since we brought her home and I must say if it had not been for them, we would have been lost and we were so grateful. Also, her granddaughter, Julie, who was studying to become a nurse was there and that was of great comfort to Mama.  The last conversation I had with her, she opened her eyes and smiled and said in a very concerned voice, “Janie, what happened to me?”  I explained that she had been very ill and that she had been ill for several weeks and in the hospital and then rehab and then back to the hospital and she was home, and she said, “Well, am I going to be able to overcome it?”  And I told her, “Well, we are certainly going to try.”   Shortly thereafter, Mama passed away.  She often said she did not want to die in a cold hospital or nursing home so she did have comfort in knowing that she was at home in her bedroom when she died which is what she always wanted.  My sister, Gloria, and I were convinced that if we could get her home, we could nurse her back to health but, it soon became apparent to us, that was not going to happen.

She was loving, faithful, true and courageous.  She was the foundation of our family and she was always there for you no matter what.  I know there were times when I did not like to hear what she had to say, but that was mainly because it was the truth and as they say, “the truth hurts.”

Mama was very much loved. I think of her often and I miss her love and her presence every single day.  “Her tombstone reads, “Well Done My Good and Faithful Servant” and I think that is truly befitting.  Rest in peace Mama.  Love and kisses.  Janie